JOHANNESBURG, (CAJ News) – HTC Corporation, the Taiwanese smart gadgets maker, has projected revenues for the current quarter of the year to increase slightly from the recently-ended three months.

This is up NT$41,5 billion from the previous quarter ended March 31.

Gross profit margin is expected to be 23 percent to 23,5 percent up from the 19,7 percent in the quarter ended March 31.

Meanwhile, HTC turned in another profitable quarter for the first three months of 2015, with year-on-year revenue up 25 percent on the same period in 2014, at NT$41,5 billion.

“We have continued to raise our game over the last few months, and the Q1 results reflect the hard work we have put in to consolidating our processes and operations, while enhancing our core focus of superlative design and technology for the mobile lifestyle,” said Cher Wang, Chairwoman and CEO of HTC.

“More important, we have made strides in expanding our product offerings into new connected smart devices in areas such as fitness and entertainment.

“Just as HTC pioneered the smartphone market, it is vital that we drive the connected lifestyle through our pursuit of brilliance and by engaging strategic partners to bring the best and most innovative products to market.”

Gift of the Givers adopts SAP Cloud to facilitate donations 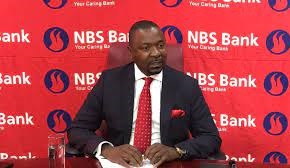