The financial firm automated all banking business processes following a partnership with SAP.Geoffrey Githinji, CBA Group Chief Operations Officer, said the reason the company chose SAP as an innovation partner was because of their extensive global banking experience, constant innovation, as well as the unique business value they added to the core of CBA.“SAP has been with us every step of the way and the software implementation has been relatively seamless,” said Githinji.

One of CBA’s major technology requirements was to automise all manual business processes in order to introduce a new level of innovative banking experience for customers with real-time responses to ensure that the bank continues to meets its clients’ ever-growing expectations.The bank’s strategic decision to further automate its operationing processes has also put CBA in a stronger position to provide clients withmuch better customised, relevant product packages and information.Among other things, one of the major drawbacks of a traditional manual banking system is the lack of an audit trail and the related compliance issues which many banking institutions are now facing.“CBA is an organisation driven by strong ethical behaviour and adding value to our customers in this regard is critical. Our SAP businesstransformation project is a journey to a greater level of transparency and efficiency about which we continuously work to uphold,” Githinji added.

CBA went live in with this new system in November 2014 and the bank is currently running SAP on several solutions that are customised for their business environment including SAPR Enterprise Resource Planning with Human Capital Management components; SAPR Business Intelligence, SAPR Data Warehouse and SAPR Business Planning Consolidation.

Andrew Waititu, Head of SAP East Africa, said CBA was playing an important role in changing the banking sector in East Africa.“We applaud them for their vision. The move to further automate its business processes will provide their clients with an experience of anideal banking of the future. The second phase of the software roll out took place in March and we are confident that it will further enhance the CBA customer experience,” said Waititu.CBA, which has been operating for more than 50 years, currently operates in Kenya, Tanzania and Uganda and has plans to extend it business operations into additional Eastern African countries. 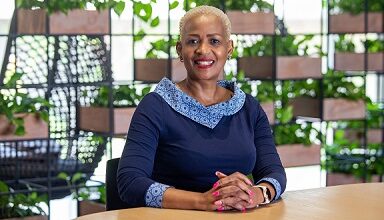