JOHANNESBURG, (CAJ News) – THE Nigerian Communications Commission (NCC) has reduced the fine it imposed on MTN Nigeria after its failure to disconnect unregistered subscribers.

The South African-headquartered company disclosed it had received a formal letter dated December 2 from the NCC informing the company that, after considering MTN’s request, it has taken the decision to reduce the fine on the MTN Nigerian business from the original N1,04 trillion (US$5,2 billion) to N674 billion ($3,4 billion), which has to be paid by December 31.

The fine relates to the late disconnecting of 5,1 million MTN Nigerian subscribers in August and September 2015.

The company said it was carefully considering the NCC’s reply.

It said Executive Chairman, Phuthuma Nhleko, would immediately and urgently re-engage with the Nigerian authorities before responding formally.

“It is essential for the company to follow due process to ensure the best outcome for the company, its stakeholders and the Nigerian Authorities and accordingly all factors having a bearing on the situation
will be thoroughly and carefully considered before the company arrives at a final decision,” MTN stated.

Shareholders have been advised to continue to exercise caution when dealing in the company’s securities until a further announcement is made.

How safe is “safe” when it comes to the cloud?

Industry 4.0 not all about job losses 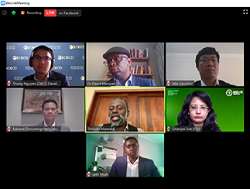