AFRICA, particularly East African Community (EAC) has shown a massive shift and a great progress when it comes to youth entrepreneurship.
In few years, I’ve been reading too much articles on African stories, ranging from Investing in Africa, Discovery of oil in Angola and Mozambique, Cote D’Ivoire’s cocoa production, Zambia’s agriculture sector, South Africa as Africa’s tourism destination, Kenya as an innovation country (with their digital & mobile banking platforms) the list goes on.
But lately I’ve been following the ‘new trend’ which is ‘entrepreneurship’, that has been inspiring EAC countries, particularly the youth from these countries.
The youth of East African countries (Tanzania, Uganda, South Sudan and Kenya) has shown and proved that you do not need million dollars to establish a successful enterprise.
Martin Muganzi, a 24-year-old biomedical scientist, founder and CEO of Youth At Work Initiative (YAWI) is the true reflection of what I am talking about. Solomon Kitumba (24), Creator of Yoza Laundry Service App, which enables people in Uganda’s capital Kampala to find casual labourers to do their laundry, is also a best example of what I am talking about.
When I first heard of Yoza App on How we made it in Africa, I had many thoughts about how African youth is changing their lives through entrepreneurship. I kept asking myself on what do East African Community countries are doing right? What other regions can learn? What EAC can teach and share with Africa or any developing countries.
Surprisingly, some of these EAC young entrepreneurs do not get funding from their governments to establish their start-ups, unlike other countries where governments have a dedicated youth development agencies that are tasked to fund and guide young entrepreneurs.
The likes of National Youth Development Agency (NYDA) in South Africa, the Nigerian Youth Entrepreneurship (NYEDP) by the Ministry of Youth Development in Nigeria, National Youth Authority (NYA) by Ghanaian Ministry of Youth and Sport.
Instead of running away from challenges facing their communities, they faced them and came up with innovative solutions to uplift their communities. Today, we see successful countries such as United States of America and England, the truth is that they did not became rich out-of-nowhere, instead, they faced their challenges and found solutions – that is why their unemployment rate is too low. The truth is ‘The future of each country is based on the youth of that country’.
The fearless and courageous youth of East Africa is a light of ‘Future Innovative Africa’, these courageous articles I often read about, show that we have minds to think, and some of African countries have government agencies that are willing and dedicated to assist the youth.
We might not have high-end resources, infrastructure and technologies but we have brain to think just like a kid in Washington DC, then what prevent us from inventing new things, what prevent us from being an ‘Entrepreneurial Generation of Africa’.
Even though most African countries still struggle and receive dubious ratings from international rating agencies such as Fitch Ratings and Standard & Poor, but they still excel and support the development of their youth.
Africa needs innovative youth and entrepreneurs that can bring positive change in communities. By having the youth that is entrepreneurial-minded such as of East Africa is the bright sign that Africa is moving to the right direction.

Mthokozisi Ndlovu is a public relations and communications professional based in South Africa. His responsibilities include overseeing and advising clients on their Africa media relations and public relations strategies. Clients include Standard Bank Group, Vedanta Resources, Zimbabwe’s FWDR, Lesotho Tourism Development Corporation among others. 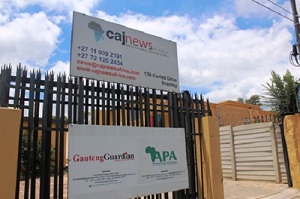 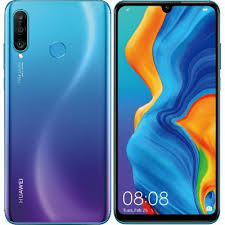