NAIROBI, (CAJ News) – A new partnership has been launched to increase awareness on cyber-based gender violence.

The alliance is the brainchild of African Development Bank (AfDB), in partnership with Facebook, the Kenya ICT Authority, Judiciary and the Kenya Police.

The event, which has taken place in Nairobi, Kenya, was part of the Bank’s activities to mark International Women’s Day.

The partnership will build capacity of the Kenya Police and Judiciary to handle gender-based cyber violence.

The initiative recognises that online violence against women and girls is rampant in Kenya as in many parts of Africa, but is not being addressed adequately, especially due to lack of data.

“This is a new area. When we look at cyberspace, it is not something we can say there has been adequate data gathered on. But what we have seen is more cases of women being harassed,” AfDB’s Special Envoy on Gender,
Geraldine Fraser-Moleketi said.

Among other problems the partnership seeks to address include the increase in viral rape videos, cyber bullying and harassment.

Some African countries including Uganda and the Republic of Congo are reportedly taking measures to improve regulatory frameworks and strengthen the use technology to respond to the growing concern of digital
gender-based violence.

The new partnership launched to fight cyber violence in Kenya seeks to empower police and judiciary on how to handle cybercrimes; reprimanding perpetrators and protecting victims, drawing from existing and new legislation.

“Sanctions must include supporting justice for victims and prosecuting offenders including supporting consistency in clamping down on users who, through cyberspace, perpetuate violence against women and girls,” said Zebib Kavuma, UN Women Kenya Country Director. 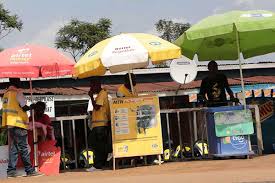