ABUJA, (CAJ News) – CENTRE for African Journalists (CAJ) News Africa, the pan-African media organisation, has been honoured with a major award ahead of a key forum scheduled for the United States in May.

The All Progressives Congress (APC) International Secretariat, organisers of the inaugural APC Diaspora Mega Convention, bestowed the Corporate Media Award for the news agency for playing a role in inspiring investment in Nigeria, Africa’s biggest economy, despite security and peace challenges.

APC International Secretariat, an entity of the West African country’s ruling party, said this was also in recognition of CAJ News’ cumulative, exemplary and timely lead and displaying investigative journalism.

“Your accomplishment is respected worldwide, most especially in the advent of new democratic governance in Nigeria. APC International is proud to call you its own in a competitive viral-media world,” said the APC in a congratulatory letter.

“Please accept this award as a token of our appreciation for your immense contributions to Information Age and Information Technology, bringing  concise information to teeming Nigerians.”

“The award is a huge honour for CAJ News Africa and its CAJ News Nigeria entity! I am thrilled and rejuvenated by this inspiring award. This award is for all CAJ News Africa member staff in the 22 African countries as well as Brazil, China, India and Russia.

“Nigeria is key to our hearts as is the entire continent. The award from APC has come as a huge motivation to our excellent news coverage for Africa, by Africa’s own journalists. I would also like to extend my gratitude to the CAJ News Nigeria Bureau for reporting objectively on socio-economic and political development in the country,” said Kwinika.

“Most importantly, I would like salute our Africa Editor, Mr Mthulisi Sibanda for the job well done in reflecting the news content that always portrayed Africa’s socio-political and economic in true eyes of Africans. This award was not going to be possible without our Africa Online Editor, Mr Gift Ndolwane,” said Kwinika.

The Corporate Media Award will be formally handed out at the APC Diaspora Mega Convention set for May 12-14 in Kansas City, Misssouri, the United States of America.

The event will be held under the theme, “Rebuilding the Nigerian Economy through Partnerships in Industry, Agriculture and Solid Minerals Development.”

Nigeria President, Muhammadu Buhari, and some Federal Government Ministers are set to attend. 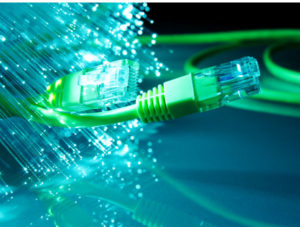