JOHANNESBURG – The Communications Workers Union (CWU) has withdrawn its interdict application against MTN.
The CWU had lodged an interdict application which sought to halt the mobile operator from going ahead with its plans of outsourcing some of its call centre facilities.
The mobile telco say this development has vindicated them and believes that this decision further affirms that MTN has conducted itself in a reasonable manner and had been engaging the employees in in good faith.

Earlier this month, MTN announced its plans to outsource some of its call centre facilities.

MTN disclosed that it will adopt a hybrid outsource model which will result in some call centres being outsourced to an experienced third party vendor while others are retained in-house.

According to MTN SA Chief Human Resource officer , this move is aimed at optimizing MTN’s operations and enhancing customer experience.

“MTN will continue to maintain an open door policy with the union on the matter, in order to reach an outcome that will benefit all the parties concerned, including our customers,” says Nhlanhla Qwabe, Chief Human Resources Officer .

20 years later, Scarcella back where it started 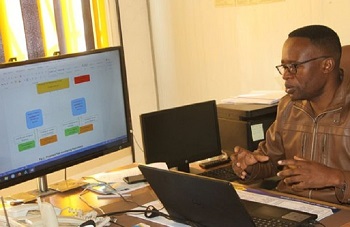