JOHANNESBURG, (CAJ News) – THE South African-based MTN Group has become the first mobile operator in the world to deploy and test the open optical packet transport platform, known as Voyager.

This comes after it joined the Telecom Infra Project (TIP) earlier this year.

The TIP initiative, which was launched in February 2016, is a global endeavour which brings together key stakeholders in the telecoms and technology space to collaborate on the development of new technologies and find fresh approaches to build and deploy telecom network infrastructure.

The project aims to reduce costs and increase the speed of rolling out internet connectivity.

MTN is part of the Open Optical Packet Transport project group, and worked closely with the TIP community to field-test the Voyager next generation technology in MTN data centres between 14th Avenue in Fairlands and Soccer City in Soweto, at the end of October.

Navi Naidoo, Group Network Technology Officer at MTN, says the company is excited about the possibility of bringing more than 19Tbps of connectivity to the community, using open optical networking technology.

Open platforms move away from the vendors’ proprietary platforms which usually come at a huge cost, the executive says.

“This means that the roll out of the Voyager platform will enable operators to install a network at a lower cost, which in turn, will result in cheaper connectivity for Customers,” says Naidoo.

Hans-Juergen Schmidtke, Director of Engineering at Facebook, says Voyager’s tests show open and collaborative approaches can help increase the speed of network innovation and implementation, and represent an important step in the development of an open system that will increase the efficiency of fibre networks.
– CAJ News

Connectivity on the African Continent: What is really going to accelerate digital citizenry? 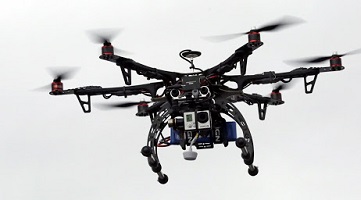 Zimbabwe to deploy drones to curb corruption at borders