JOHANNESBURG, (CAJ News) – LIQUID Telecom, majority owned by Econet Global, has announced an agreement to acquire South African communications network operator Neotel in what is hailed as the creation of the first Pan-African fibre player.
The shareholders of Neotel –Tata Communications of India and minority shareholders led by Nexus Connexion (Nexus) – have agreed a fee of R6,55 billion (US$489 870 439).
Liquid Telecom is partnering with Royal Bafokeng Holdings (RBH), a South African investment group, which has committed to take a 30 percent equity stake in Neotel.
The transaction, which is subject to regulatory approvals, is transformative and will create the largest pan-African broadband network. Through a single access point, businesses across Africa will be able to access 40 000kms of cross-border, metro and access fibre networks.
These currently span 12 countries from South Africa to Kenya, with further expansion planned.
“We are excited about this transaction,” said Nic Rudnick, Liquid Telecom Chief Executive Officer.
He said leveraging the strengths of Liquid Telecom, RBH and Neotel, we will offer an unprecedented fibre network with a unique set of services and international connectivity for telecom operators and enterprises across sub-Saharan Africa.
“For the first time, African companies will be able to connect with each other in a cost effective and reliable way, all on a single fibre network.”
Liquid Telecom will also be increasing investments into Neotel to cater for rapidly accelerating mobile and enterprise traffic.
Royal Bafokeng Holdings, Nexus and Tata Communications also welcomed the transaction.
– CAJ News 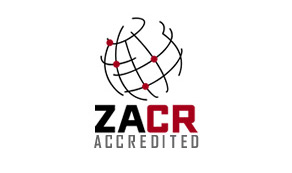