JOHANNESBURG – ABOUT 200 years after his demise, the life of the legendary Zulu king, Shaka, has been encapsulated as a model to run a business for entrepreneurs across the world.
Historian-turned-businessman, Dr Nik Eberl, is the brains behind the initiative, which seeks to inspire businesses through a book, “Impi Ebomvu: Innovation Secrets from Emperor Shaka Zulu.”
In partnership with the Geness Foundation, Eberl is launching his book on Thursday in Johannesburg.
The launch is the precursor of the establishment of the King Shaka Academy in South Africa.
It aims to provide a platform for teaching and research in ideas management, marketing and branding strategies of the late king, for the benefit of scholars around the world.
“King Shaka’s military innovations, from weaponry to battle formations and even revolutionary new societal norms, incorporate many of the strategies the world’s greatest innovators of recent times have adopted to conquer hitherto unassailable industries and build billion-dollar brands in record time,” says Eberl.
He mentions such innovations as Airbnb, Instagram, Uber and WhatsApp.
Eberl’s book, the first of its kind, portrays the Zulu warrior as an innovator whose success could be emulated by entrepreneurs. It counters the misconceived belief and the traditional image of King Shaka as a tyrant.
It is the result of two decades of research.
“For the past 20 years, I have been digging through the archives, visiting the battlefields, and sifting through the propaganda of the history books to uncover the true legacy of the Great Emperor – a legacy that is best described by a term that has recently gained acclaim in the business literature of the 21st century: disruptive innovation.”
The objectives of the book launch dovetails strongly with the mission of the Geness Foundation, to positively change African lives through initiatives that support amongst others education and entrepreneurship.
Founder of the Geness Foundation, Dr Sheena Geness, who originally hails from KwaZulu Natal, says “Impi Ebomvu: Innovation Secrets from Emperor Shaka Zulu”, says the book provides a rich body of knowledge and experience which school learners, university students, entrepreneurs, academics, NGO’s and business at large could benefit from.
“The significance of the launch cannot be over emphasized in the light of the recent 200-year anniversary of King Shaka’s ascension to the throne,” Geness says.
Shaka kaSenzangakhona (circa 1787 – 1828), was one of the most influential monarchs of the Zulu Kingdom and is credited with innovations that revolutionized warfare.
– CAJ News 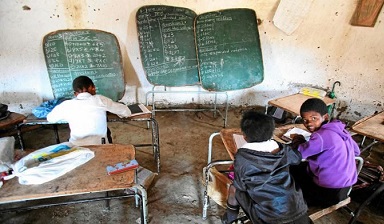 ‘Money useless if SA education is not digitised’