JOHANNESBURG, (CAJ News) – TERACO, Africa’s largest carrier and cloud neutral colocation data centre and biggest internet exchange point (IXP), has raised R1,2 billion (US$91,4 million) in debt funding for further investment into South African data centres.
Teraco’s Chief Financial Officer, Jan Hnizdo, says this is another milestone for the South African comoany. The funding, secured from Absa, is earmarked for further investments into data centre infrastructure.
The finance will be used to further in the Teraco Campus in Isando, Gauteng.
The site presently has 20MW’s of capacity, which needs to all be brought online.
“We have also purchased land adjacent to the existing site allowing for further expansion. In addition, a component of the funding has also been earmarked for the construction of Teraco’s new data centre in Bredell,” Teraco’s Chief Financial Officer, Jan Hnizdo, says.
The Bredell site has 24MW of power and more than 6 000m2 of technical deployment space and will eclipse the existing Teraco Campus from a power availability perspective.
“Bredell will be the largest commercial data centre in Africa and Teraco, the largest commercial data centre operator in Africa,” Hnidzo.
Teraco’s Campus has been established as the connectivity gateway into South and sub-Saharan Africa. Its client community continues to expand significantly with over 350 key clients deriving significant value from colocating within the connectivity gateway.
The company has expanded its footprint over the last nine years to include four data centre facilities located in Cape Town, Durban and Johannesburg, which combined, at current facilities end-state will comprise 50MW of power and over 18 000m2 of data centre space.
Jason Abt, Principal at Absa, says the partnership with Teraco over the years has played a significant role in their growth and expansion.
“We believe that Teraco has an important role to play in Africa’s ICT sector and this facility will further entrench Teraco as the market leader in vendor neutral data centres in Sub Saharan Africa,” Abt says. 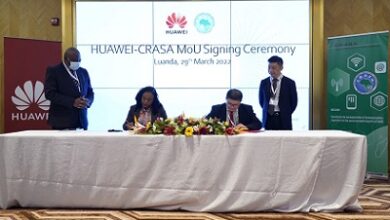