JOHANNESBURG- COMMUNITIES in the North West Province of South Africa are set to benefit from a multi-purpose centre the Eskom Development Foundation has opened.The centre, which has various facilities, was built in Mokgalwaneng Village in Northam as part of its corporate social investment (CSI) programme.The facility will benefit community members from the neighbouring villages of Mokgalwaneng, Matlametlong, Matsinyane and Disake (MMMD), which it is named after.Minister of Public Enterprises, Lynne Brown, and Eskom Chairman, Dr Baldwin Ngubane, have officially opened and handed over the facility.The Foundation also provided equipment and other items for the centre which included computers, wiring and installation, Wi-Fi connection, printer, sewing machines, tables, office furniture, chairs for the community hall, benches and a podium.Speaking at the handover, Ngubane said Eskom was committed to making a difference in communities in pursuit of their goal of finding long-term and sustainable solutions to the country’s many “At Eskom, we consider ourselves as more than just an electricity provider. We see the upliftment of communities, especially the previously disadvantaged ones, as an important part of doing business,” he  said.The Foundation’s scope of work in building the centre included the construction of a community hall that can accommodate 600 people, the construction of four offices for the four villages’ tribal authorities, a sewing centre, a computer centre, a guardhouse, an ablution block as well as the paving and fencing.Brown welcomed Eskom’s commitment to bringing about meaningful and sustainable development in South Africa’s communities“We must get the sewing group growing so we get to a place where it’s making the school uniforms of all the children in the community. We should be able to clothe, feed and build our community. This is an important part of what this centre means,” she said. 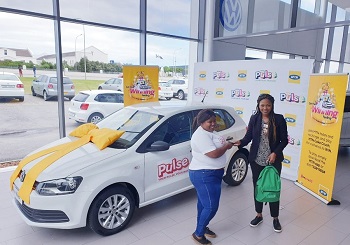