By GIFT NDOLWANE
JOHANNESBURG – BIG data, the internet of things (IoT), artificial intelligence, digital strategy and predictive analytics can seem like catchphrases, but according to analysts, are more than just new terminology.
The thriving mobile apps industry, financial technology firms and ecommerce stores are some examples that have radically revolutionised the traditional commerce services and operations across various industries.
Just as the practice of data science/analytics or big data has emerged into the mainstream market, so have two executive roles: Chief Analytics Officer (CAO) and Chief Data Officer (CDO).
Although they are dubbed as the same, they have very different functions, as explained by SAP executives, who revealed these functions will be crucial to drive any organization into the future.
While these two executives may have similar backgrounds, but they utilise their skills and experience very differently.
Paul Vermaak, the CAO and Peter Blignaut, CDO at SAP South Africa, said as the modern analytics practice evolved further, these two roles would be crucial in driving through fact-based decision making into the hands of the executives.
As per their definitions, CAO acquires and manages data assets at an administrative and technical level. The CDO converts data assets into tangible value at a strategic level.
CAO can work as an educator/innovator in utilising data assets and the chief data officer can work as a guardian of data assets.
Today, few organisations can afford these two executives in this space.
So often organisations, have erroneously assumed these roles to be one and the same, contended Veermaak and Blignaut.
CDOs are finding a firm foothold in the global business.
In the 2014, 25 percent of fortune 500 companies had hired a CDO.
Research firm, Gartner predicts that 90 percent of the large companies would have hired a CDO by the end of 2019.
This rapid rise reflects the increasing importance for organisations to monitor and understand the large amount of data that relate to their new customers, products, citizens and services.
“The CDO is responsible for aligning data with business priorities,” added Blignaut.
According to the experts, companies must recognize that CDOs already own the charter for finding new revenue and finances.
The CDO is at the centre of defining data strategies for connected cars, smart factories, IoT and big data among others.
“There is so much unlocked value in data,” said Veermaak.
Blignaut contended there had been a rise in value of data at most of organisations as witnessed through Facebook, which was one of the multibillion-dollar enterprises alongside Alibaba, Amazon and Uber.
These are scoring big through utilizing data and leveraging it for their success.
“For example, consider Facebook notification section, by analysing my behaviour on the platform it can prompt me whenever my favourite team’s cricket game is about to start. This is driven by a machine learning component which figures it out on its own,” said Blignaut.
He noted a trend in tracking companies selling customer data to insurance companies, following Discovery’s lead in using data to understand customers, Sanlam is getting smarter about the products it is developing for individuals by pulling customer data from across its traditionally disjointed business units and investing in analytics capabilities.
– CAJ News 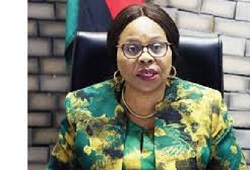