By DIKELEDI NOKWANE,
JOHANNESBURG- MTN and partners have launched the second edition of the Women in ICT–Partnership for Change Awards, aimed at accelerating women’s participation in the sector.Launched in Johannesburg on Wednesday, it seeks to reward women professionals who have made a significant contribution to the growth and development of the industry.
In doing so, this initiative hopes to attract girl children and young aspirant female professionals to consider a profession in the industry and enhance the industry’s employer value proposition.Nominations have been invited eligible female professionals.
Closing date is August 4. Mapula Bodibe, Executive for the Consumer Business Unit at MTN SA, said that despite the strides being made by women professionals in ICT, a lot still needed to be done to increase the levels of women participation in the sector.
“We dedicate this initiative to the millions of women out there who have, over the years, been the symbols of resilience, fortitude, hope and sustenance,” Bodibe said.
Bodibe said women had the power, and an instrumental role to play, in changing the gender demographics of the ICT sector.“We need to create conditions where women grow to become a critical mass that will drive the agenda of an ICT sector with a heart,” she said.Prizes in more than ten categories, including the new Public Choice Award,will be up for grabs.
Among other winners from last year, Irene Charnley was named as the winner of the Entrepreneur Recognition Award.Aisha Mohamed was announced the winner in the Leadership Recognition Award category.Another category hotly contested was the Community Builder Award, won by Dianne Broodryk.
– Techno 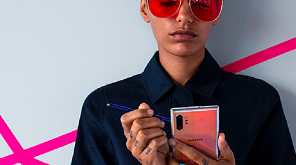 Eco-fuel for refugees in Kenya