By BUSINESS REPORTER
JOHANNESBURG, (CAJ News) – VODACOM has invested over R32 billion (US$2,3 billion) to expand its 4G coverage over the last four years.
Shameel Joosub, Group Chief Executive Officer of Vodacom, disclosed the figures on Tuesday while it was announced the company would reduce out-of-bundle prices for all customers from mid-October.
He said over the last few years, Vodacom significantly brought down the cost of voice tariffs and moved customers to more affordable plans.
Joosub said saving on data costs follows our reducing data prices by 18,9 percent over the last year.
“More needs to be done. We need to expand 4G coverage still further, and keep pace with an increase of more than 45 percent in sustained data traffic demand,” he said.
“Both of these come at a cost, and we have invested some R32.7 billion over the last four years.”
The executive however bemoaned lack of access to spectrum, which he said was hampering their ability to drive down infrastructure costs and in turn, enable the company to pass savings to the consumer.
Meanwhile, for pre-paid and customers on top-up packages, the out-of-bundle rate will drop by as much as 50 percent once the new 99c per megabyte tariff comes into effect on 15 October.
The out-of-bundle rate for post-paid customers was reduced from R1 per megabyte to 89c on October 1.
With over 37 million subscribers, Vodacom is the market leader in South Africa, ahead of MTN, Cell C and Telkom Mobile.
– CAJ News 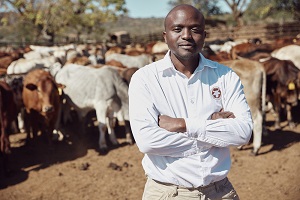