by MTHULISI SIBANDA
JOHANNESBURG, (CAJ News) – AUTOMATION, robotics and self-diagnosis will digitise healthcare by 2030 but security risks could rise.

This is according to a report by a global provider of next-generation networking solutions for enterprises, Aruba, which forecast these technologies will play a vital role in caring for ageing populations and creating better experiences for patients and health workers.

In its “Building the Hospital of 2030” report, Aruba predicted that within ten years, medical check-ups could involve more interaction with sensors, cameras and robotic scanning devices than human doctors and nurses, as healthcare organisations re-build services around the Internet of Things (IoT).

The study makes some key predictions for how the industry will transform by 2030. These include patient self-diagnosis, acceptance of AI, health professionals double their free time, digital data repositories and the automated hospital.

“We’re in for a massive transformation and disruption in the next five-ten years for two reasons,” said Hugh Montgomery, University College London professor.

“Firstly the technology’s changing that fast, and secondly, there’s this massive pressure to get it out there. Because if we don’t, health services are going to fall over,” Montgomery added.

Recognising the need to modernise, healthcare organisations are already on the journey towards digitisation, says the Aruba report.

Aruba’s research finds that nearly two thirds (64 percent) of healthcare organisations have begun to connect patient monitors to their network, and 41 percent are connecting imaging or x-ray devices.

Such measures are the building blocks for an IoT strategy, with potentially millions of interconnected medical, wearable and mobile devices sharing up-to-date information that can be more easily shared and used to provide higher quality care.

However, the approach is currently fraught with risk as 89 percent of healthcare organisations that have adopted an IoT strategy have experienced data breaches.

With the explosion of new technology devices appearing over the course of the next decade, a key challenge for organisations will be to maintain visibility of all devices connecting to their network and sharing medical data, in order to apply strict security rules.

Morten Illum, Vice President Europe, Middle East and Africa at Aruba, said the rise of digital health services was about improving patient experiences and increasing accuracy and quality of care.

“Above all else, that is what we think healthcare providers and members of the public should be excited about,” Illum said.

Illum noted data security risk was emerging as a challenge.

“That’s why these changes take time to deploy, and we expect to see healthcare companies partnering with technology providers to negotiate both technological and cultural change in the coming years. With the benefits that are on offer, it is certainly worth the effort,” he added.
– Technoafrica

Changing risk software: How to manage the culture 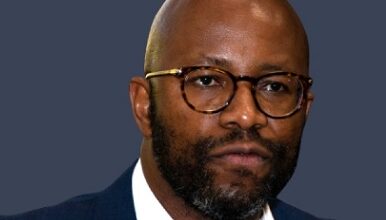