From DION HENRICK in Cape Town
CAPE TOWN – DELL EMC, the multinational corporation, has recognised its partners for driving modern technology transformation across the continent

Partners are responsible for the vast majority of revenue generated for Dell EMC in the Southern African Development Community (SADC) bloc. Beyond, other African partners’ contribution is almost absolute.

A gala has been held in their owner during the Dell EMC Africa Partner Summit 2018 in Cape Town.

Company executives hailed the partners for their role in the digital transformation of businesses, governments and societies in Africa.

“It is great to see our partners do so much,” the executives said.

“We have huge plans for our partners over the next twelve months. It’s very exciting!”

A total of 18 awards were handed out, split over three regions and six categories.

Each was based on sales data as well as other criteria such as delivering innovative solutions to customers and generating new business.

During the event, on Thursday, Christel House presented a certificate to Amin to celebrate Dell EMC’s contribution to this charity that is improving the prospects of South African children.

The awards given at the summit are:

Why cloud is key to unlocking rail industry growth 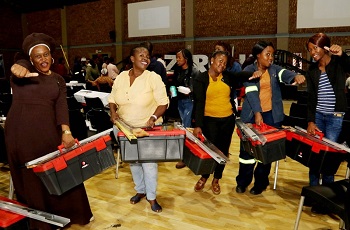