from NDABENI MLOTSHWA in Kwekwe, Zimbabwe
KWEKWE – MILLIONS of Zimbabweans on Monday endured snaking queues eager for change in their country through a historic election that for the first time did not feature Robert Mugabe.

While he was for the first time in 38 years not on the ballot paper, the outburst by the aged politician (94) against his former party, Zimbabwe African National Union-Patriotic Front (ZANU-PF) was expected to swing the vote in favour of the Movement for Democratic Change (MDC) Alliance.

Mugabe, forced out of power in a military coup last year, received a standing ovation as he arrived to cast his vote in the high-density suburb of Highfileds, in Harare.

His wife (Grace) and daughter, Bona, accompanied him to vote in the area that is an opposition stronghold.

Incumbent, Emmerson Mnangagwa, cast his vote in his home area of Kwekwe.

He downplayed the attack by Mugabe on the eve of the polls.

Mugabe disclosed he would not be voting for Mnangagwa and ZANU-PF.

“I can assure you that this country is enjoying democratic space which has never been experienced before,” Mnangagwa said.

“In any democratic space and country, people have the freedom to express their views, negative or positive,” he said in reaction to his former boss.

Mnangagwa allayed any fears of vote rigging raised by the MDC Alliance and its leader Nelson Chamisa.

Chamisa, who reportedly has the backing of Mugabe, has emerged the biggest threat to Mnangagwa assuming the presidency on a permanent basis.

A confident Chamisa told journalists in the capital Harare immediately after casting his vote, “Victory is certainly certain. Victory is ours.”

He could not comment of the Zimbabwe Electoral Commission (ZEC) reporting him to police for allegedly violating the Electoral Act.

Hordes of Zimbabweans were already in queues by the time polling stations opened at 7am.

In the major cities, which are seen as opposition strongholds, frustrated voters queued for hours to cast their vote.

Critics claimed ZEC was slow in attending to urban voters as a means of disenfranchising the opposition.

Over 5 million Zimbabweans are to vote for more than 20 candidates contesting for the presidency. Some 100 parties are particpating.

Counting was set to start on Tuesday (today).

A presidential runoff will be held on September 8 if none of the candidates secures 51 percent of the vote.
– CAJ News 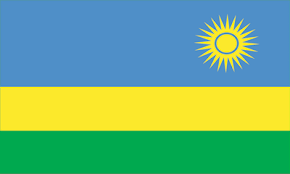 The Mine of the Future