by AKANI CHAUKE
JOHANNESBURG  – SCHNEIDER Electric, the firm behind digital transformation of energy management and automation, is eager to exploit the substantial demand for information technology (IT) solutions in Southern Africa.

The focus on the region is seen as critical to the growth of the APC (formerly American Power Conversion Corporation) brand in the market executives hailed as “loyal.”

He possesses nearly 30 years of incomparable experience in IT.

Previously an Account Manager for Southern Africa in the secure power market – APC by Schneider Electric, Reynard has played a key role in growing their market in the commercial and industrial space.

“We are confident that Reynard will translate his experience and IT expertise into improved growth for the wider IT Division solutions in the Southern Africa markets by improving and entrenching our channel focus within the region,” said Schneider’s Rohan de Beer.

Reynard said the company had become known as the industry-standard for reliable power and physical IT infrastructure as well as the leading name in IT departments.

“Our history of innovation has pushed our products into the global spotlight with infrastructure, management, and data security solutions protecting organisations around the world. I am thrilled to be taking on this next step with Schneider Electric,” he said.
– CAJ News

Why Are Chipmakers Making Smaller and Smaller Processors? 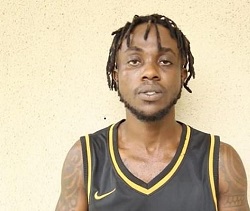