by SORIN CHERAN
HOWEVER, if you live in a modern, connected society, chances are your life is already touched by AI in some way.

Whether it be your GPS determines the best route to take home, music app suggesting playlists based on your listening habits, or receiving targeted adverts on social media, AI sits behind it – an entrenched part of daily life.

So where is AI headed, and how do we prevent a world where mankind is ruled by machines?

Despite the growing use of AI, the world is still in a period of relative discovery, researching the possibilities of deep learning and AI.

Over the next five to ten years, AI investments will likely be more siloed, looking at solving problems in business, automating processes and simplifying daily life.

We are still far from creating super intelligent AI human replacements. Until we are, it becomes critical to examine the ethics of AI, so we can avoid the pitfalls of a machine-led society.

We need to focus on how to make AI safe, how to avoid the misuse of autonomous machines, and how to avoid bias within AI solutions.

There is still no complete replacement for human checks to verify data and minimise errors and ensure safer AI.

The autonomy debate
Autonomous machines are both an exciting and terrifying prospect. Driverless cars are capable of preventing accidents and making our roads safer but, as described above, a single error can create more chaos than we already have.

However, the same prediction also states that AI will create more than 2.3 million jobs by 2020, far outweighing the loss of employment. Many people will be retrained and reskilled to move into AI careers, giving them opportunities to become part of

Brexit slows down IT spending in EMEA 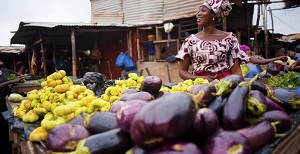