by SAVIOUS KWINIKA
JOHANNESBURG – LIQUID Telecom is to expand its high-speed broadband connectivity to some underserved African communities following an investment of $180 million by CDC Group, the United Kingdom development finance institution.

This builds on the Liquid Telecom’s Cape to Cairo terrestrial fibre link, serving some of the most remote locations with the fastest network speeds in Africa.

Nic Rudnick, Group Chief Executive Officer of Liquid Telecom, said the investment would enable the company to accelerate expansion along the Cape-to-Cairo route and further into Central and Western Africa.

He said once completed, it would bring significant economic and social benefits, from providing access to online educational resources to supporting national economies, creating more jobs and driving the adoption of new technologies.

“This is aligned to the vision of our Executive Chairman, Strive Masiyiwa, to not only connect Africa from North to South, but also from East to West,” Rudnick said.

Nick O’Donohoe, CEO, CDC Group, said this was one of CDC’s biggest ever investments, which would help address infrastructure bottlenecks. 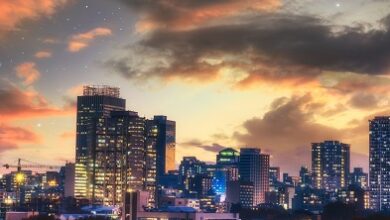 Smartening up Our Cities – Lessons from Large Public Venues