from EMEKA OKONKWO in Abuja, Nigeria
ABUJA – THE Nigerian Correctional Service has opened investigations after a prisoner allegedly masterminded internet fraud to the tune of $1 million (over R14 million).

It is believed some correctional services officers were complicit in the fraud allegedly committed by convicted inmate, Hope Olusegun Aroke, who is serving a term in the Kirikiri Maximum Security Custodial Centre in Lagos.

Jaáfaru Ahmed, the Controller General of Prisons, has ordered a probe.

His spokesperson, Francis Enobore, Ahmed’s spokesperson, said his principal assured members of the public that if any personnel was found to have been involved in the act, the culprit(s) would face the consequences as prescribed by the law.

“He (Ahmed) further stressed that the modicum of discipline and integrity required of every personnel of Correctional Service in Nigeria will not be compromised under any circumstance,” Enobore said.

Meanwhile, Nigerian police have arrested 22-year-old suspected internet fraudster specialising on swindling vulnerable teenage girls on Facebook and hoodwink them into stealing from their parents.

This is reportedly done under false pretences of marrying them.

The suspect, David Maduabuchi, has been arrested in the southeastern Anambra State.

“The case is under investigation after which suspect would be charged to court for prosecution,” Haruna Mohammed, police spokesman, said.

Young men, infamously known as the ‘Yahoo Boys’, are at the forefront of the scams.

The prevalence is blamed on the government’s struggles to provide university graduates with jobs as the oil-rich country’s economy
experiences challenges.

Proudly-African smartphone rolls out in SA 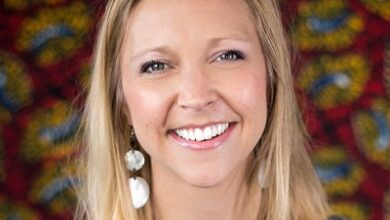