by SAVIOUS KWINIKA
JOHANNESBURG – IN response to the United Kingdom (UK) approving it in its 5G rollout, Huawei assured the country of world-leading technology that would contribute to economic growth.

It was confirmed on Tuesday UK had cleared the Chinese company to continue supplying equipment for 5G networks in the country.

“This evidence-based decision will result in a more advanced, more secure and more cost-effective telecoms infrastructure that is fit for the future. It gives the UK access to world-leading technology and ensures a competitive market,” said Victor Zhang, Vice-President of Huawei.

He said the company had supplied cutting-edge technology to telecoms operators in the UK for more than 15 years.

“We will build on this strong track record, supporting our customers as they invest in their 5G networks, boosting economic growth and helping the UK continue to compete globally,” Zhang added.

The executive added, “We agree a diverse vendor market and fair competition are essential for network reliability and innovation, as well as ensuring consumers have access to the best possible technology.”

The decision followed a meeting between UK Prime Minister, Boris Johnson, and the National Security Council, which outlined security requirements so-called high-risk vendors must adhere to.

The approval came despite pressure by the United States (US) on the UK government to exclude Huawei from the country’s 5G network.

President Donald Trump’s government threatened that allowing Huawei to operate its 5G network could put transatlantic intelligence sharing or even the UK-US trade deal at risk.

Across Europe, no government has yet imposed an outright ban on Huawei as operators warn banning the company might add years of delays and billions in costs to European countries’ 5G network launch. 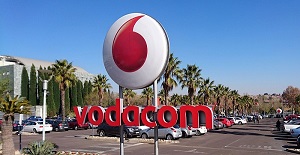