by AKANI CHAUKE
JOHANNESBURG – MOBILE network operator, MTN, is driving acknowledgment and inclusivity of the deaf community with music tracks specifically for these disadvantaged members of the community.

This is in realization of deafness as one of the largest prevailing disabilities in South Africa with more than 4 million people living with a hearing disability or difficulty.

“South Africa recognises Deaf Awareness Month in September each year, and while this is a very important initiative, the investment into people living with hearing challenges can’t end there,” said Jacqui O’Sullivan, Executive: Corporate Affairs at MTN SA.

She said MTN was committed to connecting all South Africans for good, and to drive a truly inclusive digital society hence the company could not disregard the estimated 500 000 to 600 000 women, men and children who are deaf, hearing-impaired or speech-impaired and use South African Sign Language (SASL) as their first language.

“Neither can we only recognise their plight for a few days a year,” O’Sullivan continued.

Working with SA rapper The LazarusMan, who specifically learnt sign language for the project, the aim of the track is to increase awareness of SASL and to promote the learning of the language amongst the hearing community.

The lyrics are all signed and can only be understood by those familiar with SASL.

The track was mastered by Hey Papa Legend to ensure that the vibration within it can be ‘heard’ by deaf South Africans, and the music video was filmed with the supervision of St Vincent’s School for the Deaf to ensure that all the signs were visible and understood.

The remixed track highlights the subtle differences between a hearing person’s interpretation of SASL and how a hard-of-hearing person would interpret the hand gestures.

O’Sullivan said knowing how to communicate in all South African languages, including SASL, should be a goal for all.

“Our hope is that these tracks highlight the need for all South Africans to attempt to learn the language, and at the very least open up a conversation around inclusivity that makes the hard-of-hearing community feel heard,” she concluded.

As an offshoot from the DefBars project, MTN developed a USSD version of their emergency services line which allows hard-of-hearing and deaf South Africans, or those that cannot speak over the phone for any reason, to still have access to the same services that all hearing South Africans benefit from.

These services include voice-free access to the South African Police Service (SAPS) and emergency medical and fire services.

Anger over Lesotho project to supply water to SA

Expanding Security Beyond the Virtual Machine: Security in the Age of Cloud and BYOD 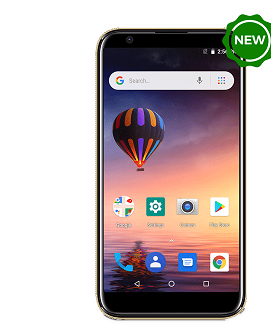