by MTHULISI SIBANDA
JOHANNESBURG – THE emergence of Europe as the epicentre of the raging coronavirus (COVID-19) has put a dent in a record year for the citrus industry in Southern Africa.

The region could have a record 143,3 million cartons of citrus fruit for the export market this year, according to data from the Citrus Growers’ Association of Southern Africa (CGASA).

This is an increase of 13 percent from the previous season.

“In normal times, we would be rejoicing with citrus farmers this year,” said Wandile Sihlobo, the economist at the Agricultural Business Chamber, an influential association of agribusinesses operating in Southern Africa.

He was referring to the outbreak of COVID-19.

“These are not normal times,” the economist said.

Shihlobo noted the spreading of COVID-19 was already disrupting global supply chains, resulting in early negative signs through a decline in commodity prices.

In the case of Southern Africa’s citrus, the European Union (EU) region, where the coronavirus COVID-19 is currently spreading the fastest, is one of the key export markets.

“Any prolonged disruptions in logistics there would present risks for Southern Africa’s citrus farming community and other exporters to this region, especially as the industry is approaching the harvesting period,” Sihlobo added.

The expert added that while the expected abundant supply of agricultural commodities – grains and fruits, among other products – provided comfort that South Africa and the region would have enough food for its consumers, at least a national level, the farming economy could take a knock in the event of notable decline in global demand.

“Of which, at this point, this seems likely,” Sihlobo said.

Justin Chadwick, CEO of CGASA, said the biggest impact the virus could have on the Southern African citrus industry would be if the infections ballooned out of control.

He raised the possibility of people working in close proximity to others such as on farms, pack-houses, cold stores and container terminals being told to stay at home, should positive cases be identified in these places of work.

“That means that work would be severely disrupted if not curtailed,” Chadwick stated.

On a positive note, he said, most people recognised that citrus was a good remedy for colds and flu and was an immune booster.

“This could mean that consumers stock up on citrus. Indeed, many consumers around the world are stockpiling on long life fresh produce (apart from toilet paper and sanitisers),” Chadwick said.

With a membership of 1 400 growers throughout the Southern African Development Community (SADC) region, CGASA represents the interests of producers of export citrus.

OPINION: Economic diversification a must, as Central Africa faces double-jeopardy with coronavirus 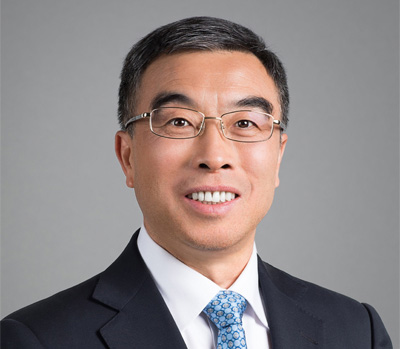 A Vision for Digital Health