from ADANE BIKILA in Addis Ababa, Ethiopia
ADDIS ABABA – UNITED Nations (UN) experts have called on Ethiopia to fully restore broadband and Wi-Fi internet in the wake of deadly protests at the killing of a popular musician.

Experts said the blackout imposed by government made it difficult to ascertain the number of people killed during the protests following the murder of Oromo singer and human rights defender, Hachalu Hundessa, on June 29.

According to police, some 2000 people were arrested, including opposition leaders.

Clément Nyaletsossi Voule, UN Special Rapporteur on the right to peaceful assembly and association, said time and again asked the government to refrain from imposing internet disruptions, including at the 44th session of the Human Rights Council in July 2020.

“I hereby renew our call on the government to fully restore mobile internet and data services,” Voule said.

Some services were partially restored on 15 July but have not been reliable.

UN experts called on the government to respect the right of people to demonstrate peacefully.

“We also call on Ethiopian authorities to respect the right to peaceful assembly, and to refrain from using force during future protests,” they jointly stated. 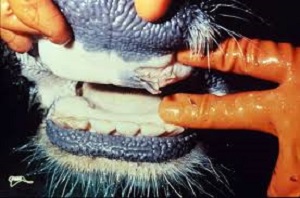