by TINTSWALO BALOYI
JOHANNESBURG – SOME 15 years after the launch of mobile number portability (MNP), South Africans still do not have full freedom of choice when it comes to telephony providers.

This is according to the country’s Internet Service Providers Association (ISPA).

Its sentiments come three months after the operator, Cell C, withdrew its High Court action that stalled the full implementation of number portability.

“This predictable and overdue withdrawal by Cell C brings to an end a string of avoidable and unnecessary delays in the introduction of greater competition for the provision of fixed voice calls in South Africa,” Dominic Cull, ISPA’s regulatory advisor, said.

In 2019, Cell C launched an application in the High Court for the review and setting aside of implementation of the Number Portability Regulations.

Despite having a narrow issue with parts of these regulations relating to MNP, Cell C elected to challenge the full regulations.

This meant fixed line consumers continued to miss out on competition.

According to ISPA, one upside of the delay is that licensees have had far longer to complete their technical planning and implementation.

ISPA therefore maintained it saw no reason why the Independent Regulatory Authority (ICASA) should not pronounce an implementation date as soon as March 2021.

ISPA believes the voice market has matured since the Telkom monopoly days and there is now massive choice with lower rates and better service available without being locked into long-term agreements.

“Once ICASA has done its work, many of us will finally be able to get a better deal without losing the number associated with their business,” Cull concluded.

While over 1 million geographic numbers and 8 million mobile numbers have been ported, it remains impossible to port non-geographic numbers used for toll-free, shared-cost, premium rate and general voice services.

Digital Identity: Defining ourselves in a virtual world 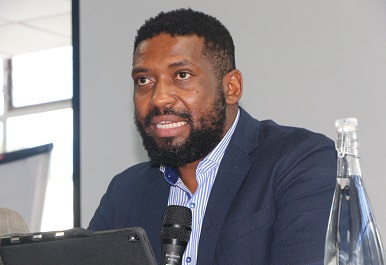