by SAVIOUS KWINIKA
JOHANNESBURG – THE Fifth Generation Fixed Network (F5G) solution is anticipated to spur the development of broadband in Africa.

These prospects have been raised after Huawei pledged its commitment to the solution.

Officials made the announcement at the recent SATACONNECT Virtual Expo 2021, where the key message delivered to suppliers and buyers of adoption and supplying the Africa region with the open standards, interfaces, and open-source solutions enjoyed by the rest of the world.

“In terms of high bandwidth, the aim is to connect households, buildings, and campuses to progressively faster networks. Ultimately, we want people to have the best possible online experience, no matter where they are,” Hongjie said.

It is anticipated 5G and F5G will complement each other and create synergy to become the foundation of a fully connected, intelligent world.

Hongjie said Huawei would contribute to developing ETSI’s standards for fixed networks and would maintain strategic investments in fixed networks.

Based on European Telecommunications Standards Institute (ETSI) standards, Huawei would promote the commercial use of F5G innovations in the optical transport and optical access domains.

“We invite all global players across the fixed network industry to join the F5G industry ecosystem and embrace the F5G era. Together, we will realize our shared vision of fiber to everything, everywhere.”

Of the households, only 53 percent have access to optical fibre.

In Africa, the situation is even more desperate. According to the World Bank, 45 percent of Africa’s population is further than 10 km from fiber network infrastructure, which is a higher percentage than on any other continent.

IT spend forecast to rise as pandemic slows

‘Money useless if SA education is not digitised’ 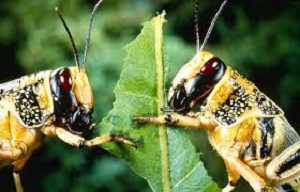