by SAVIOUS KWINIKA
JOHANNESBURG – HUAWEI is projecting a rapid growth of its Cloud business in the continent, partly because of a shift to such technology during the coronavirus (COVID-19) pandemic.

The company plans to increase its market share in Africa, through strategic investments and collaboration with partners.

Stone He, the new President for the Huawei Cloud Business in Southern Africa, said since its launch in South Africa in February 2019, the company has since established four points of presence.

These comprise two in South Africa and one each in Kenya and Nigeria.

“We will look to increase the number of these data centres as the demand for cloud services grows,” He said.

The executive noted Huawei Cloud currently served customers in 12 countries, with plans to grow rapidly as the need arises.

“We have seen an increased move to the cloud due to the COVID-19 pandemic impact,” He said.

In South Africa, during 2020, Huawei has reported significant business growth in public and hybrid Cloud with significant investments from the public and finance sectors as well as from the telecommunication industry.

“We are also proud of our three-fold increase in our customer base and our registered South Africa partners have doubled. We predict these numbers to grow substantially over the next few months, and we see South Africa becoming a cloud hub for the continent,” said He.

Huawei Cloud South Africa is to invest significantly in cloud training and marketing support for its partners.

This is with a focus on strengthening software engineering capabilities.

The separated Cloud Business Unit (BU) will now focus on providing services at both global and local levels.

According to a recent IDC cloud report, despite the increased adoption of public cloud services in South Africa, many organisations still face several challenges, including lack of good solution providers and Cloud migration difficulties.

He believes with better solutions the South African Cloud market will be one of the biggest.

He forecast new technologies wouldill be integrated into all aspects of human life.

“It is our belief that Cloud based technology will promote sustainable development and become a new driver for economic growth,” said He. 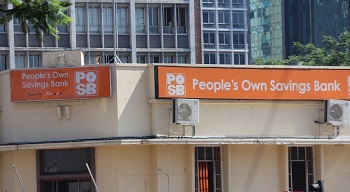