by AKANI CHAUKE
JOHANNESBURG – THE Vodacom Group and World Wide Fund for Nature (WWF) South Africa are strengthening a partnership to restore and conserve healthy oceans as well as ensure the sustainable production and consumption of seafood.

In addition, the project aims to build more resilient oceans and improve conservation through the gamification of the South African Sustainable Seafood Initiative’s (WWF-SASSI) educational resources, launch of an app that assists learners and in-training chefs identify sustainable sources of seafood and the provision of devices and data to enhance communication between WWF-SASSI chefs, volunteers and ambassadors.

Takalani Netshitenzhe, Chief Officer for External Affairs at Vodacom SA, said due to overfishing, illegal and unregulated fisheries and the impact of climate change and pollution, oceans were in peril with many species completely depleted.

“It is clear that large-scale environmental and socio-economic interventions are needed to mitigate the effects of climate change and overfishing,” the executive said.

She said however, these interventions would only be effective if individual behaviours began to shift.

“For instance, a key part of the partnership will be the expansion of the WWF-SASSI network of young influencers and role models, who are committed to acting as ambassadors and advocating for the oceans,” Netshitenzhe said.

WWF-SASSI is flagship ocean conservation programme that has been running for 16 years with support from a range of different partners, including NGOs, aquariums, zoos, universities, government, education institutions and other public interest groups.

The programme is based on behaviour change solutions.

“Hence partnerships with corporates such as Vodacom play such a key role in safeguarding our planets’ resources above and below the oceans, for now and into the future,” Pillay said.

A story to be read with the lights off

OPINION: Realising the potential of digital payments: a window of opportunity for trade in Sub-Saharan Africa

Why CIOs Should Be Concerned About Spectrum 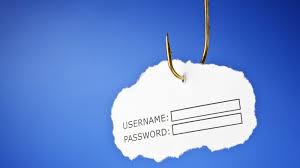