from MTHULISI SIBANDA in BURGERSFORT, Limpopo
BURGERSFORT – MINING operations at South Africa’s multimillion dollar Garatau Platinum Mine, the latest player in the world’s biggest producer of the precious metal, will begin towards the end of May.

An investment of around $700 million (over R9,88 billion) has been allocated for the Limpopo-located mine operated by local developer, Nkwe Platinum Limited, and its sole shareholder, the Zijin Mining Group, a leading Chinese multinational mining group.

Mogokare Richard Seleke, the Nkwe Director of Governance and Stakeholder Relations, disclosed the imminent development of the box cut.

It is cut built to supply a secure and safe entrance as access to a slope to an underground mine.

Earlier, executives at the event graced by traditional, religious and political leaders earlier disclosed the processing capacity of Garatau is anticipated to average 3,6 million tonnes of ore per annum, once full capacity is achieved in a few years’ time.

The life of mine is estimated to be around 29 years.

Some 2 500 people, mostly locals, are to be permanently employed, in line with the miner’s drive to empower locals.

Some R18 million has already been invested in the upgrading of the Garatau community access road.

Nkwe Platinum has further invested over R14,5 million into adult training and education, learnerships and bursaries to surrounding mine communities.

“The mine will offer jobs, training and education. It will develop, infrastructure and provide financial and social upliftment to the local communities, the municipal district and the Province of Limpopo”, Zhiyu Fan, Nkwe Platinum Managing Director and Chief Executive Officer, said.

Nkwe Platinum is a wholly-owned subsidiary of Zijin Mining, which forecast Garatau to be among the top ten producers of platinum.

ZOU Laichang, President of Zijin Mining Group, speaking via video link, said, “We want to share the benefits of the project with the South Africa state, local communities and the people. We also aspire to make it a model project of Sino-South Africa cooperation.”

“Most of the province’s mining potential is yet to be explored,” he said. 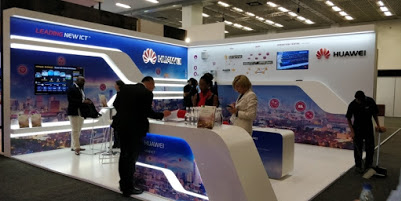