by SAVIOUS KWINIKA
JOHANNESBURG – ECONOMISTS have dissuaded South Africans from hoarding and panic buying of commodities lest the shortages triggered by property destruction and the looting of shopping malls escalates into a full-blown crisis.

Wandile Sihlobo, an agricultural economist made the appeal as the dust settles following several days of unrest that left shelves empty.

The situation is morphing into an emergency as members of the public contend with shortages of basic commodities in the areas worst hit by the looting.

Sihlobo said panic buying would potentially cause problems in the South African food supply chain that would have otherwise not been there, but was unnecessary.

“The food supply chains in the country (South Africa) are functional and we shouldn’t be panic buying stuff,” the Agricultural Business Chamber economist said.

In his address on Monday, President Cyril Ramaphosa emphasised the violence on the risks to food security.

Sihlobo said the address was primarily focused on KwaZulu-Natal province, the epicentre of the unrest.

“But the province isn’t the epicentre of agriculture in the country,” he argued.

“It isn’t an anchor to the South African food system,” Sihlobo insisted.

These provinces account for over 60 percent of production of grains, and process over 50 percent of them.

These areas have been exempt from looting.

“But South Africans in other parts of the country that have not seen outbreaks of looting and violence should not panic about possible food shortages,” Sihlobo said.

He appealed to the government to address social ills that underlie instability and disregard for the rule of law.

“In the near term, South Africans should not panic about the food system. But authorities will need to act swiftly and assertively to restore stability.”

Economist Nema Ramkhelawan-Bhana said short-term food shortages were entirely possible due to the disruptions in supply chains, though reports of farmers selling directly to suburbs in KwaZulu-Natal were becoming more pronounced

The Fuel Retailers Association has also appealed against panic buying.

The petroleum industry has determined that there are, for now, sufficient fuel stocks to keep the country supplied. The primary concern is the distribution if the unrest persists. 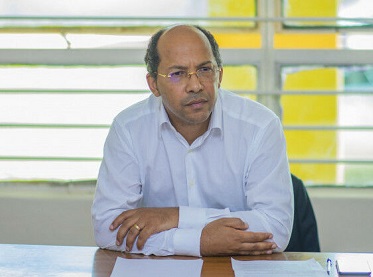