by AKANI CHAUKE
JOHANNESBURG – THE MTN South Africa Foundation is harnessing technology and partnerships to help the youth cope with the trauma of the coronavirus (COVID-19).

This comes as evidence begins to mount of the negative effect of the pandemic on the mental health of young people, younger adolescents and adults.

The South African Depression and Suicide Group (SADAG) has been at the forefront of trying to help adults and children cope and recover but its resources were placed under severe strain after calls for help more than doubled from 600 a day to over 1 500.

The number of calls it receives continue to grow – in one day last week they fielded over 5 000 WhatsApp messages.

The recent wave of unrest and violence that also which swept across South Africa also caused anxiety.

SADAG contacted MTN to assist in the provision of smart phones and data connectivity for their Crisis Helplines, especially as the third wave struck and led to children again being forced into lockdown.

“With children and youth development being at the core of MTN Foundation’s numerous programmes, we were extremely concerned to hear how over the past year SADAG has seen a spike in the number of youths seeking help and guidance,” said Kusile Mtunzi-Hairwadzi, General Manager of the MTN SA Foundation.

“We immediately jumped in to provide the data and smart phones they needed across their various offices countrywide,” she added.

SADAG’s counsellors attend to callers throughout the country and help them to access resources for treatment, medication, care, support, and resources such as shelters, feeding schemes, and places of safety.

The mental health of millions of children worldwide has been put at risk.

According to an academic study in the National Library of Medicine and PubMed, the nationwide closures of schools and colleges have negatively impacted over 91 percent of the world’s student population.

Its focus for July was Mental Wellbeing.

“We care and are here to help,” said Mtunzi-Hairwadzi. 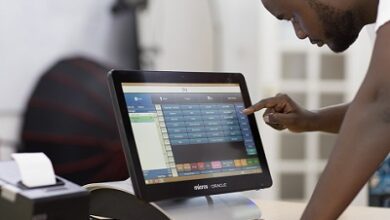