by TINTSWALO BALOYI
JOHANNESBURG – AVON has pledged a landmark US$1,35 million to women’s causes around the world.

This adds to the $1,1 billion raised and donated by Avon and the Avon Foundation over the years.

The funding is part of celebrations of 135th anniversary.

Avon has also upgraded its digital platform and enhanced its rewards programme as well as purpose pledge to celebrate the years of championing women and beauty.

The award of $1,35 million in grants is for projects which deliver on the brand’s mission to create a better world for women.

This extends Avon’s existing purpose pledge of $1 for every ‘My Story Matters’ shared, which is a globally gallery where women are encouraged to share their experiences and celebrate their achievements.

Avon has enlisted British illustrator, Bett Norris, to reimagine a series of its iconic posters, showcasing a variety of people who have embodied and built the company throughout its history.

Angela Cretu, Chief Executive Officer of Avon, said since 1886, they have empowered 5 million representatives working, learning and earning in their own way and on their own terms.

“We’re just getting started, though, and we’ll continue to champion women for another 135 years and more,” she pledged.

“As we enter the truly digital age, we are committed to doing good with our people, purpose and product, and encourage all our Representatives and Associates, both established and new, to grow with us,” Cretu said.

Over the years, Avon products have won more than 300 awards.

Seventy-percent of Avon’s scientists are women.

Avon has donated $10 million to charities across the world every year for the past decade.

It has funded over 16,4 million breast screenings and helped 14 million women through domestic violence.

The beauty brand has funded more than $9.3m worth of educational scholarships.

Online sales are now at 2,7 times their pre-pandemic level. 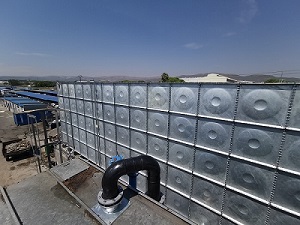