by AKANI CHAUKE
JOHANNESBURG – THE KENYAN-based Mavuno Link is the Middle East and Africa regional winner of the 2021 Call for Code Global Challenge after developing a solution to help reduce food waste.

As announced by IBM and David Clark Cause, the innovation provides Kenyan farmers with direct access to buyers of their produce, making the food value chain more efficient.

The application connects farmers, drivers and buyers on a common platform and aims to lessen the amount of food lost after harvest by saving time on the logistics and giving farmers direct access to traders.

“One of the biggest challenges towards achieving zero hunger is food that is lost after harvest,” said Sammy Oina speaking on behalf of Mavuno Link.

He was quoting figures from the Food and Agricultural Organisation (FAO) of the United Nations, which reports the global volume of food wastage is estimated at 1,6 billion tonnes of “primary product equivalents.”

This is about 37 percent of the total food supply.

Total food wastage for the edible part of this amounts to 1,3 billion tonnes.

“Our solution addresses this issue by directly connecting farmers to distributors like drivers and buyers or consumers, thus providing a digital marketplace for the exchange of farm produce, hence reducing waste,” Oina explained.

Designed to be used by the various users, the application has a farmer interface, a driver interface and a consumer interface.

In addition to the application, Mavuno Link also has USSD and SMS platforms enabling users with no access to the internet to connect on the digital marketplace.

As the winner for the Middle East and Africa region, Mavuno Link joins Call for Code’s ecosystem, which unites the world’s millions of developers and data scientists to unleash the power of technologies to solve pressing global problems.

Mavuno Link will be awarded a total of $5 000 which will go towards future development and deployment of the application.

They will also receive support from IBM’s technical experts.

Since its launch in 2018, this movement has grown to more than 500 000 developers and problem solvers across 180 nations. 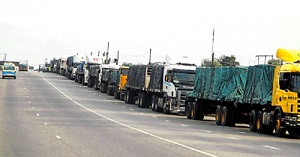 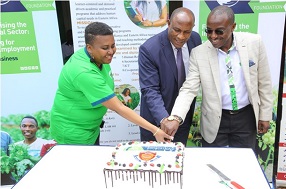