by AKANI CHAUKE
JOHANNESBURG – THE continuous rise in the number of devices used worldwide is fuelling a daily increase in malicious files.

However, in 2021 cybercriminals started spreading threats associated with the Linux operating system more actively than ever before.

As a result, the number of detected Linux malware and unwanted software grew by 57 percent.

More than half (54 percent) of the threats detected by Kaspersky’s systems comprised unspecified Trojans.

“Throughout the past year, we discovered 20 000 more malicious files per day compared to the previous year,” said Denis Staforkin, a security expert at Kaspersky.

He said this was expected.

“Online activity is still at its height due to remote working being adopted worldwide,” Staforkin explained.

That leads to a wider attack surface and, subsequently, wider exposure to threats.

“Therefore, improving digital literacy and keeping their security solutions up to date are two extremely important tasks for users today,” the expert said.

Kaspersky is a global cyber security and digital privacy company.

OPINION, The tech trends of 2022: Innovations that will reshape business in Kenya in the future 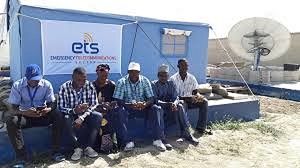 Workplace skills to get you top in age of AI