from OKORO CHINEDU in Lagos, Nigeria
LAGOS – MOBILE lines and internet connections in Nigeria are growing marginally per month but fallen significantly on a yearly basis.

According to data by the Nigerian Communications Commission (NCC) data, active mobile lines and internet connections grew month-by-month (m/m) by 0,6 percent and 0,1 percent to 193,2 million and 140,1 million respectively in November 2021.

Airtel and Globacom, however, saw average monthly increases of 0,6 percent and 0,7 percent respectively.

The final Information Memorandum, a document that defines the process for the licensing of the spectrum band, stipulates a rollout obligation plan spanning a period of ten years for the licences.

NCC implemented the ban on SIM registrations in December 2020.

This was intended to enable the NCC to carry out a comprehensive audit of Nigeria’s subscriber registration database and crack down on multiple SIM registrations and fraudulent sales. 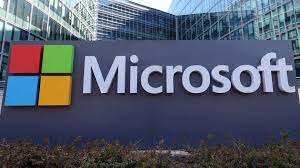