by MTHULISI SIBANDA
JOHANNESBURG – THE adoption of new age technology could be the panacea to ending South Africa’s unenviable record as the most dangerous country to drive in.

The days of errant drivers making the most of non-functioning speed cameras and endangering the lives of other road users in Johannesburg could also be over.

An expert, while offering solutions, noted earlier this year, the Johannesburg Metro Police Department announced that motorists who had been exceeding the city’s speed limits had not been fined for infringing the law for almost a year.

That is because the city has not had any functioning speed cameras since May 2021.

“While Johannesburg motorists who have broken the law are probably off the hook, these offline speed cameras mean that road users no longer have a deterrent to help them avoid reckless driving,” said Justin Manson, Sales Director at Webfleet Solutions.

He explained speed cameras work to reduce road accidents, injuries, and even fatalities by deterring drivers from speeding.

“Without them, road users’ traffic speeds increase, which incurs additional costs for the transportation industry and causes more accidents, severe injuries, and deaths.”

In May this year, motorists filed police reports against a truck driver who was endangering the lives of road users on the N11 in Mpumalanga.

A motorist recorded the truck dangerously overtaking several vehicles at high speed, including other large trucks.

The driver eventually hit and damaged a trailer attached to a bakkie.

He continued to speed away until the police stopped and arrested him.

Globally, a recent Zutobi survey ranked South Africa as the most dangerous country to drive in, out of 52 countries.

Among other technologies, Manson proposed the geofencing of high accident zones.

Geofencing allows managers to receive alerts when vehicles enter pre-defined zones and, in turn, alert drivers to maintain or revert to a custom set speed limit to lower the risk of an accident.

Ford recently trialled connected geofencing technology that could one day automatically reduce a vehicle’s speed in line with the geofenced zone.

In-cab artificial intelligence (AI) cameras can be another solution.

He explained this technology identifies risky driving and delivers real-time audio and visual warning alerts when the driver speeds, brakes or steers harshly. 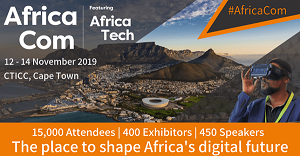 Africa’s female innovator of the year shortlist out