This is despite active mobile subscribers increasing by 7,8 percent year-on-year to 17,3 million.

Other highlights include the number of homes passed with fibre growing 45,3 percent to more than 890 000.

Taukobong provided an update on discussions between Telkom and MTN Group, in relation to MTN acquiring the entire issued share capital of Telkom.

This is in return for shares or a combination of cash and shares in MTN.

“Discussions are at an early stage and still in progress.” The Telkom CEO stated.

Telkom has approached the High court to declare the proclamation on the Special Investigative Unit (SIU) invalid.

Telkom contends that the SIU has no jurisdiction over it.

Taukobong said the Telkom board considered the likely precedent this proclamation would set and has opted to protect the organisation. 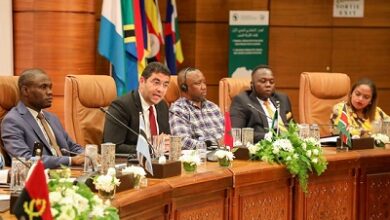 Youths at forefront of African solutions for Africa

Blackberry bouncing back after move to software